Swung from The Branches

by Foxes in Fiction 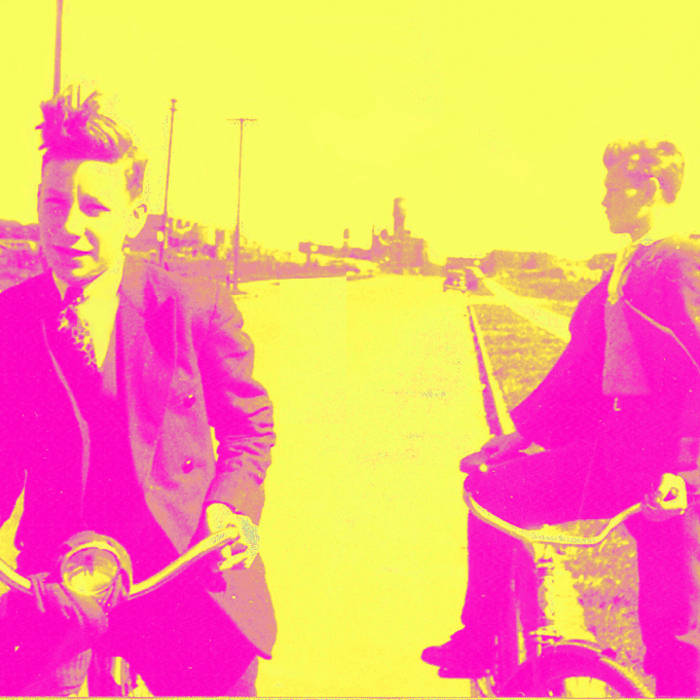 The album was recorded using Ableton 7 and 8 and a 4-track Akai reel to reel. The basis for all of the music on Side A of the was created in about three nights using only a guitar, a looping pedal and a sampler. The only synthesizer that was used was on the bass notes in ‘Coffee Cups’, the bells in ‘Ninth Floor’ and the obvious room-recorded microkorg in ‘8 / 29 / 91’. The album cover is from a photo I found while working in a photolab that was taken in 1943, according to the date written on the back.

"This is the kind of music that is, essentially, perfect. Every nuance from the soothing reverb to the soft vocal delivery to the sputtering tape edits and buzz helps contribute to this breathy and ethereal sound. In a way that’s hard to explain, this album brings to mind a dark winter night in a quiet city; the carless streets amplify each echo, the twinkling stars seem to cast a bit of shimmer all over everything, and the enormous skyscrapers pale in comparison to the emotions the music brings out. It seems almost intentional that one of the more robust compositions on the album is titled “Sleeping Building Unsuspecting.”"

Bandcamp Daily  your guide to the world of Bandcamp

outré black metal, with a Victory Over the Sun interview and music from Liturgy and Jute Gyte.